The Story of Plastic PrEView 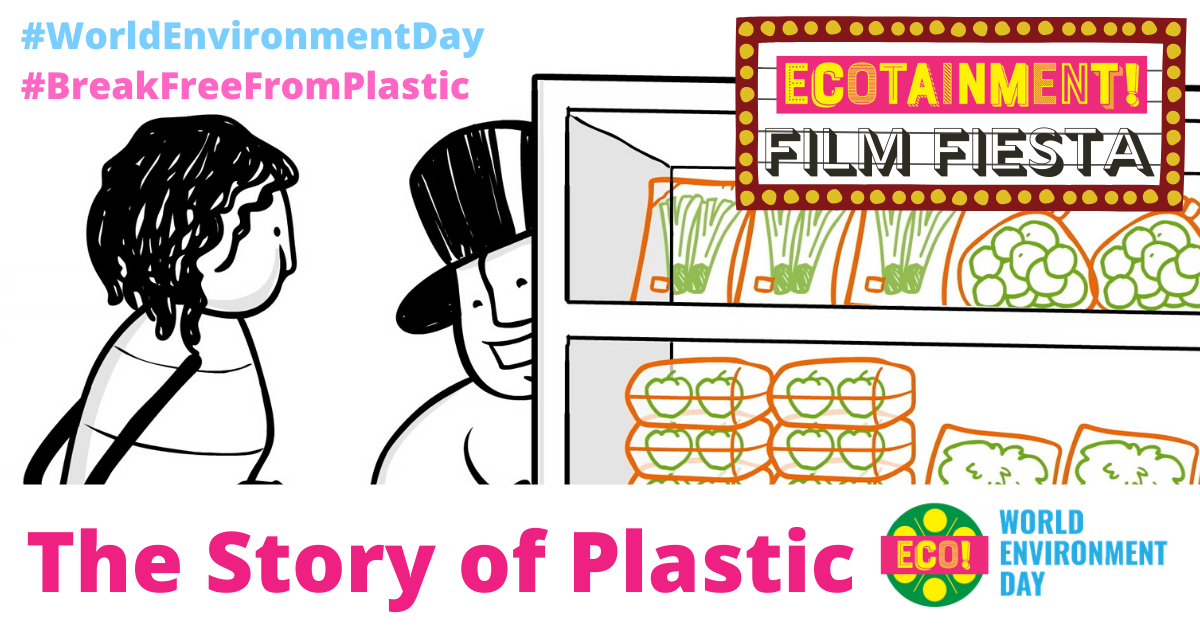 Disclaimer this is a theatrical preview of the film. For accurate facts and figures refer to the film-makers Research Report which is available from their website

The Story of Plastic documentary feature-film takes a look at the plastic lifecycle. Plastics were originally a waste-product of the fossil-fuel industry and have been marketed as a wonder-material since the 1950’s. However it’s their versatility, durability and the proliferation of disposable products that have created a much larger problem of plastic-waste.

Rather than focus solely on the waste issue The Story of Plastic takes a sweeping look at the plastics industry and reveals an un-folding, previously untold crisis. By visiting communities on the front-line, interviewing activists, whistle-blowers and journalists around the world. The film-makers say they have uncovered a plot to trash the planet and a global movement rising-up to stop it.

Instead of giving the plastics industry a chance to respond to these criticisms the film backs-up its’ argument with historical film archive and recent video clips. The American Chemistry Council features heavily with public information and campaign videos. Top industry executives are also well represented with public appearances at shareholder conferences and interviews that were previously broadcast as business and investor news.

The conclusion is a damning report on the health of those communities who are most affected. As well as the petrochemical and multi-national consumer goods industry. The film highlights who are the key culprits, backs it up with facts & figures as well joining-up the dots of previously disparate environmental campaigns. The Break Free From Plastic coalition is made-up of 1400 environmental groups who aim to put pressure on the brands and industry to change their behaviour before it’s too late.

In the film we discover the vast majority of recycling is down-cycled with only 2% of plastic being ‘effectively-recycled’ into something of equivalent value. Down-cycling describes how a plastic bottle will eventually become a fleece or plastic bag because the quality of the material degrades. Because down-cycling is an acceptable industry practice it drives demand for virgin plastic thus making it more profitable.

Over the years the industry has targeted traditional, natural and recyclable packaging materials such as glass, metal and cardboard and replaced them with more and more types of plastic. Making separation, sorting and recycling less economically viable in the process. In India we witness individuals hand-sorting 83 different types of plastic in a toxic poverty-industry. If it wasn’t for the low-pay and poor working conditions the recycling pyramid would completely collapse we are told.

Elsewhere in South East Asia we discover mountainous landfills and belching incinerators leaching toxic chemicals into land, water and air. To make matters worse a lot of ‘their’ waste is imported from rich Western countries like-ours. The film also highlights the problem these countries are facing with sachets. These are single-use products that are packaged in multi-layer wraps for the lower end of the consumer goods market. For instance products like shampoo and detergent that we would purchase in recyclable bottles are instead only available in non recyclable sachets.

Cheap shale gas from hazardous fracking is fuelling massive investments in plastics infrastructure around the world, with $164 billion planned for projects in the US alone. By 2025, production capacity is expected to increase globally by 33-36% for both ethylene and propylene. If constructed, this massive expansion in capacity could lock-in plastic production for decades, undermining efforts to reduce consumption and reverse the plastics crisis.

Many projects, including the largest, remain in the construction or planning stages and face significant public opposition. Residents that live or work close to existing facilities suffer significant health issues such as a respiratory diseases and increased risks in childhood leukaemia. Meanwhile Industry and Government regulators seem complicit in industry expansion by reducing regulation and not adequately monitoring emissions from their plants.

Zero Waste is an innovative approach to the use of resources. It ensures resource efficiency, recovery and protection of scarce natural resources (e.g. use of renewable resources). Currently, we are operating on a linear system, a one-way path from resource extraction to production to consumption to disposal. This model is fundamentally unsustainable. It assumes that the resources are infinite (which they are not) and that the disposed items do not cause problems (which they do).

Zero Waste is a move away from this unsustainable linear industrial system into a circular system under which unnecessary extraction and consumption is minimized, waste is reduced, and products and materials are reused or recycled back into the market. Under a Zero Waste model, the resources that we use can be safely and economically recycled, reused, and composted, or turned into biogas through anaerobic digestion (a type of composting). Zero Waste also means avoiding the use of disposable products and redesigning products that are toxic-free and built to last.

Zero-waste will not solve the plastic-crisis but it is a useful place to begin. Zero-waste schemes highlight the 22% of residual waste that is not currently recycled or disposed of correctly and asks the right type of questions of these waste producers and contractors.

Our Official Invitation to both events (23rd May & 5th June)